Baltic turbot on a lemon mousse with cauliflower and white chocolate 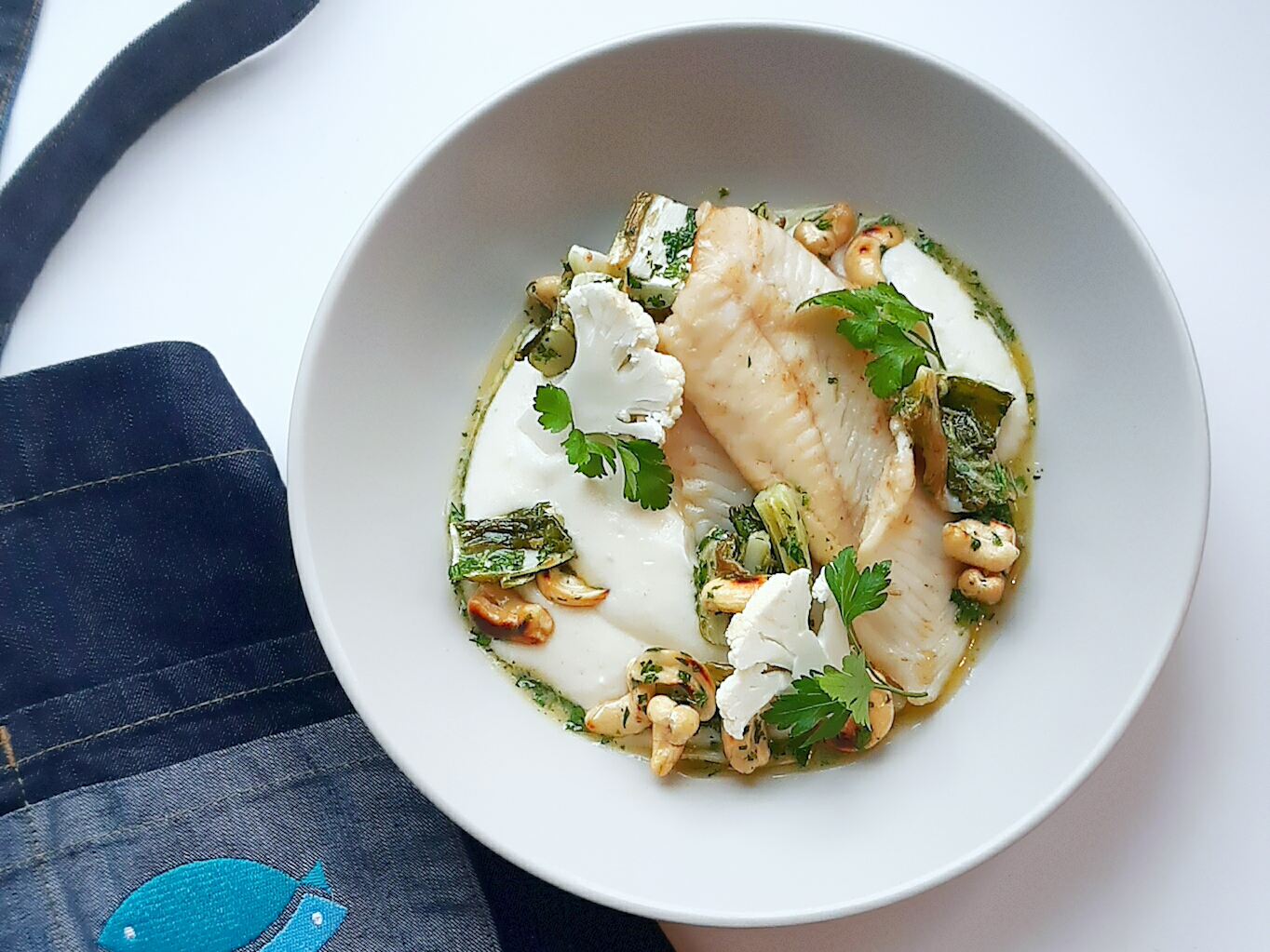 Cut the cauliflower into small pieces and cook in milk-water mixture until soft, about 15 minutes, then strain*. Put the hot cauliflower into a tall bowl, add the chocolate, cumin and lemon juice and blend until smooth. Salt to taste and transfer on a plate.

Put the pan on the burner and add half a tablespoon of butter. As soon as the butter starts to "move", put the turbot and add a little salt. Fry it for a while on each side, so that the fish is only touched by the fire. The first side should take about 15-20 seconds and the second about 10 seconds, but if you are not sure, you can fry it a little longer.

Put the fish on a plate, and in the pan after it give a little oil, turn up the gas and throw in the cauliflower leaves. Fry until golden brown and then pour in water. When the water has evaporated, add a spoonful of butter, honey, cashew nuts and parsley. Reduce the gas to a minimum. The butter will melt and thicken the sauce. Zakręcamy gaz i teraz dopiero solimy, ma być słono słodkie. Transfer to a plate and pour over the sauce.

A few slices of raw cauliflower for garnish and you're done!

When it comes to just putting it on the plate, I recommend taking it easy, after all it's the most fun part of cooking. As a Chefe once told me "Don't correct!"

*you may use this milk-water mixture to whip up cauliflower soup or cook potatoes in it.

Recipe by Wit Szychowski. Check out my fanpage Pan Tasak. 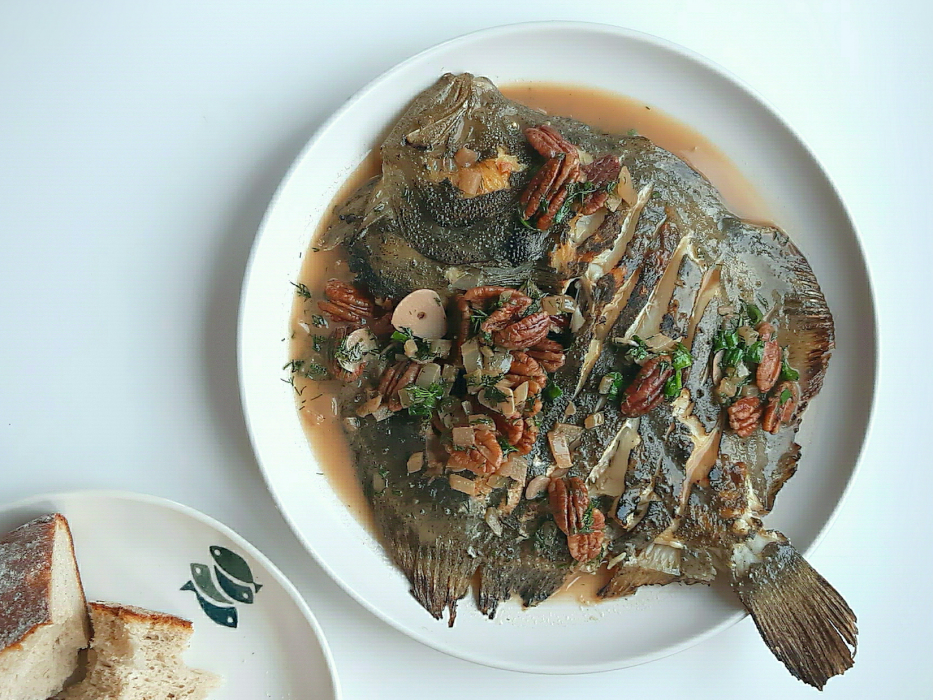