Bismarck used to say that if herring were not so plentiful and so cheap, it would be considered a greater rarity than caviar or lobster. We have taken it to heart, as herring is the most popular fish in Poland. 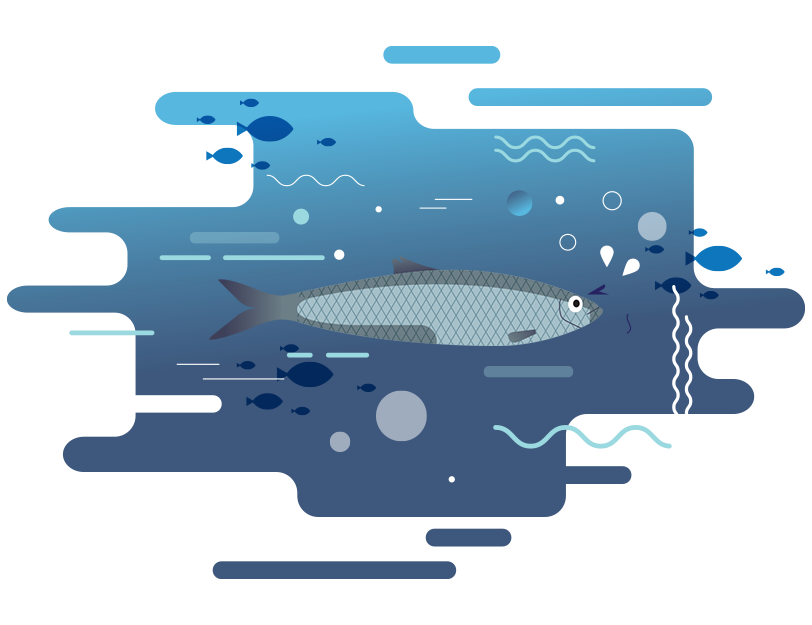 In our homes it reigns not only on Christmas Eve tables or on fasting days. We eat herring every day, statistically, we consume over 2 kg per person per year. They are healthy and full of nutritional values, and at the same time they are least likely to be contaminated with heavy metals. Herrings are pelagic fish, & nbsp;living in the sea zone away from the seabed and shores.

Herring is caught almost all year round. In May, the popular matias, i.e. young fish before the first spawning, from July to September - fatty and salty herring with milky roe, and from October - the leanest fish.

Since Poland's accession to the EU, fishing on the Baltic Sea has been restricted. Depending on the season, catch limits are sometimes raised or lowered, in some fisheries a complete ban is introduced. In 2018, the Polish fleet caught a record total of around 50,000 tonnes. In 2020, the limit allocated to Poland is just under 39,000 tonnes.

Herrings are oily fish, but they are not very calorific - in 100 g there are only 162 kcal. Therefore, they can be eaten by weight-conscious people, as the ingredients present in these fish help burn fat and facilitate the metabolism. Herrings contain large amounts of unsaturated fatty acids, thanks to which they have a beneficial effect on heart function, memory and our immunity. They are particularly rich in eicosapentaenoic acid (EPA), which is necessary for the proper functioning of the nervous and cardiovascular systems. It affects the dilatation of blood vessels and reduces blood viscosity, which prevents the formation of blood clots.

Herrings also contain large amounts of vitamins A and E, known as the vitamins of youth. They also provide vitamin D, which is important for the proper functioning of the nervous system, and allows you to enjoy a good memory and a positive mood. Herrings are also a rich source of B vitamins and minerals - potassium, iron, iodine, zinc, phosphorus and copper.

Let's eat herring, because as a popular proverb in the Netherlands says: "Herring at home - doctor unnecessary".

Scots claim that herring smoked in oak smoke is a strong aphrodisiac. For those interested, here's the recipe: cut the head off a smoked herring, slit it lengthwise, place it in a flat dish, pour whisky over it, light it, and eat it when the flames go out, nibbling on home-baked bread and drinking beer. 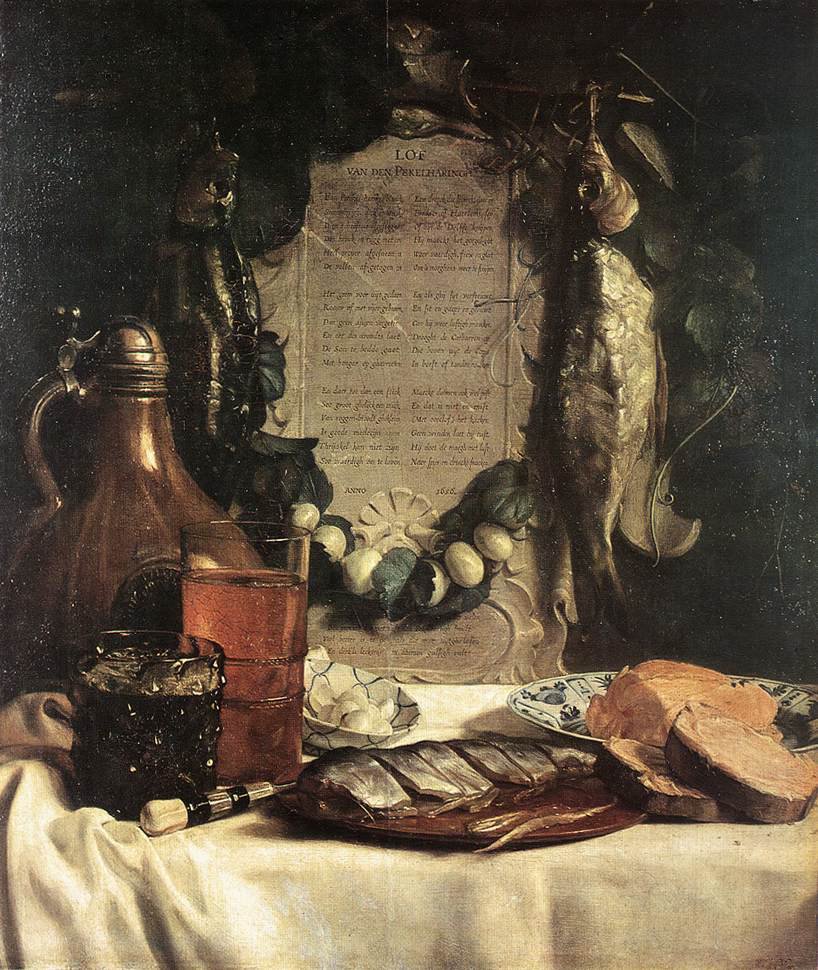 For the Dutch, just as for the Poles, herring is a national dish.

The 17th-century Dutch painter Joseph de Bray even painted the Ode to the Herring (from the collection of the Suermondt-Ludwig-Museum in Aachen).

Herring is still the most popular fish in Poland (just after pollock), but its consumption is decreasing year by year. And this despite all the herring qualities we have described.

Herring has always been considered the best side-dish for a shot of vodka, usually served in taverns and restaurants.

This custom was maintained even in Communist Poland – the famous herring with vodka. Today the tradition continues in fashionable bars, where you do not come to eat something, but drop in for a shot of vodka and a herring snack.

The name matias - describing delicious young 2-3-year-old herring - comes from the Dutch word maatjesharing, or  maagdenharing, meaning "virgin herring", because a Dutch herring is a young, one-year-old herring that is still a virgin before its first spawning.

Many cities and ports owe their development to herring, such as Hanseatic cities, especially Lübeck, which has a herring in its crest. The Dutch, on the other hand, boast a legend that says that Amsterdam was built on herring bones.

Herrings were also appreciated by the popes. Alexander III in 1164 allowed fishermen from Scandinavia to work on Sunday if shoals of herring appeared on that day.

Also great politicians, such as the previously mentioned Chancellor Otto von Bismarck, were fans of herring. Bismarck was honored with Bismarckhering. It is a double fillet (so called butterfly) in a marinade of vinegar, oil, onion, mustard and bay leaves..

In Poland the greatest writers and poets have written about the tradition of eating herring: Mikołaj Rej, Adam Mickiewicz, Juliusz Słowacki, Julian Tuwim, Konstanty Ildefons Gałczyński, Jan Brzechwa and Czesław Miłosz. We even have the "Ode to a Herring", written by the 19th century satirist and humorist Faustyn Świderski: "O You! O you! Poor wretched thing, soaked herring, which today adorns all the rooms and salons (...) Having been soaked for two days, the lords and ladies are eating. Accept due homage and respect".